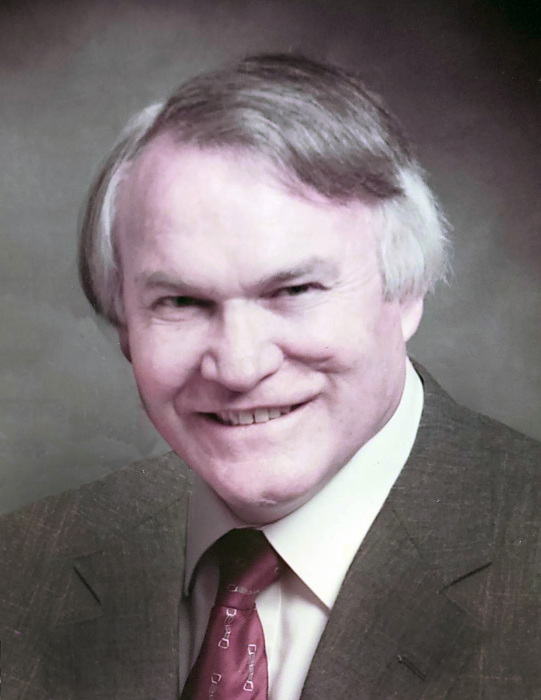 Bill was born 12/06/1937 in Booneville, Tennessee. He then moved to Macon at the age of 6, where he later attended Lanier High School. Soon after, he enlisted in the United States Navy. A University of Georgia graduate, he dedicated himself to a successful career as a Certified Public Accountant. Operating as a sole proprietor, he worked out of the same office on Walnut Street for 45 years. He retired in 2020 after suffering a traumatic fall in the home that he shared with his loving wife Kathryn.

Bill loved the outdoors and enjoyed working in his yard, playing golf and tennis, fishing and canoeing. He was an avid Georgia football fan and a season ticket holder for over 25 years. He also had a creative streak that was apparent in his passion for woodworking.

In lieu of flowers, the family asks that memorial contributions be made in Bill’s memory to the Methodist Home for Children & Youth, 304 Pierce Ave, Macon, GA 31204.

Hart’s at the Cupola, Hart's Mortuary and Cremation Center, 6324 Peake Rd, Macon, GA 31210 has charge of the arrangements.

A service summary is not available

Hart's at the Cupola

Plant a tree in memory of William "Bill" Bagley Sanders

On behalf of the children, staff (especially those who help at the Macon Touchdown Club) and Trustees of The Methodist Home for Children, we offer our sincere and heartfelt condolences.  May the peace and presence of God be felt today and in the days ahead.

Dear Mrs. Sanders, I am so sorry to hear about the passing of Mr. Sanders.  I truly miss him and his work that he did for me every year.  Please accept my deepest sympathy for you and your family.  Anne Lipson Grossman

I'm so sadden by your passing, I treasure our friendship and all the help you gave me  while I was at The Macon Tennis Association R.I.P. dear friend

Plant a tree in memory of William "Bill" Bagley Sanders