Share a memory
Obituary & Services
Guestbook
Read more about the life story of Doris “Dotty” and share your memory.

Doris “Dotty” Sparks de Blanc, 82, passed away on February 23, 2022, at her home in Macon, Georgia.  Dotty was born in Macon on July 29, 1939, to her parents Marion Garten Sparks and Doris Huff Sparks.  Seminal in her life were the 12 summers she spent at Rockbrook Camp in Brevard, NC first as a camper and then as a counselor.  She graduated from Graham-Eckes in Palm Beach before attending Wellesley College in Massachusetts. After graduating from Wellesley in 1961 with a BA in Economics, she worked at Eaton & Howard in Boston.

She became one of the women pioneers in the field of investment security analysis. With a personal specialty in the pharmaceutical industry. Dotty holds a CFA (Chartered Financial Analyst) credential, she studied International Economics at Harvard University and Corporate Finance at Northeastern University.  She was Instructor in Economics (Corporate Finance) at Wellesley College 1970-1972. She was the founding president of the Health Care Analysts of Boston, served on the Board of Directors of the Boston Society of Security Analysts, and was a member of the program committee of the Financial Analysts Federation of New York

In 1977, Dotty left Boston for the USVI where she opened FAT CITY, a restaurant and bar in Charlotte Amalie, quickly becoming a factor in the then burgeoning hospitality industry of the islands.

Dotty partnered with and then married Peter deBlanc, who was a telecommunications and sound engineer. Together they opened a new world of leading-edge computer technology. As a member of the COBEX/Octagon team which brought the first Internet access to the U.S. Virgin Islands Dotty remained committed to the driving objective of expanding Internet access to developing countries to bring their people and economies to a level playing field with the developed economies in the rest of the world. This position grew from work in the 80.s and early 90's on microcomputer projects for UNIDO (UN Industrial Development Organization) in the Eastern Caribbean, as Project Manager, Analyst and Trainer for feasibility studies, computer training and project implementation.

At her death, Dotty was President of COBEX International Inc. and the Administrative Contact for ICANN for the US Virgin Islands (.VI) country code domain Registry. She had served as one of 3 North American representatives to the ccNSO Council (country code Names Supporting Organization) of ICANN since 2003.

Dotty is survived by her husband’s four children. She is predeceased by her parents Doris and Garten Sparks, her brother Marion Garten “Sparky” Sparks, Jr., and her husband, Peter deBlanc. Dotty Sparks ashes were laid to rest with those of her husband in the Sparks family plot in Rose Hill Cemetery, Macon.

To send flowers to the family or plant a tree in memory of Doris “Dotty” Sparks de Blanc, please visit our floral store. 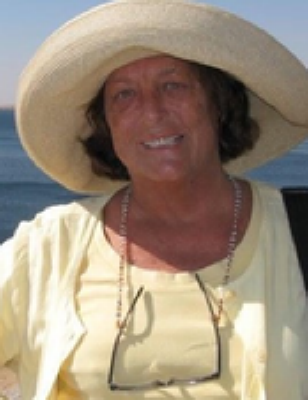 Look inside to read what others
have shared
Family and friends are coming together online to create a special keepsake. Every memory left on the online obituary will be automatically included in the book.

Look inside to read what others have shared

Family and friends are coming together online to create a special keepsake. Every memory left on the online obituary will be automatically included in the book.

You can still show your support by sending flowers directly to the family, or by planting a memorial tree in the memory of Doris “Dotty” Sparks de Blanc
SHARE OBITUARY
© 2023 Hart's Mortuary and Cremation Center. All Rights Reserved. Funeral Home website by CFS & TA | Terms of Use | Privacy Policy | Accessibility