Plant a tree in memory of Billy
An environmentally-friendly option 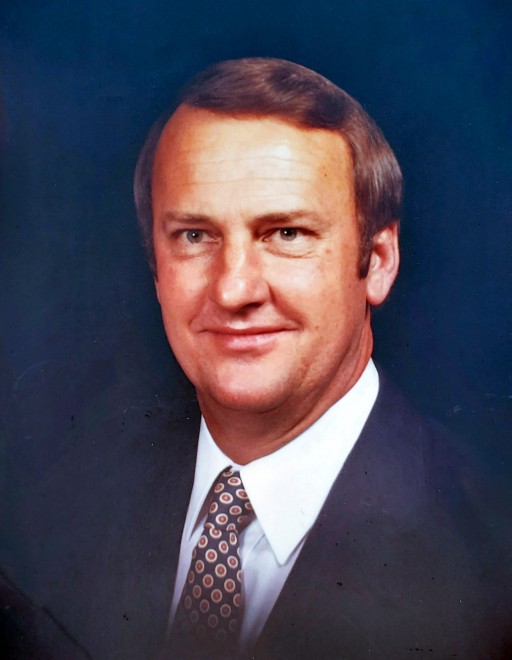 Billy came to Macon, Georgia, with his wife and children in 1968 to establish Waites Insurance Agency.  Over the years, through his hard work and dedication, he built the business into a thriving independent agency, serving the insurance needs of individuals and businesses on all fronts.  In his later years, he particularly enjoyed mentoring younger agents and support staff as the business evolved into Waites & Foshee Insurance, with locations throughout the state.

Billy was an avid quail hunter and outdoorsman. When not working, he could be found on a tractor, bulldozer, or four-wheeler at his beloved farm near Fort Valley.  Over the decades, he carefully groomed the land, transforming it into a productive quail habitat and hunting preserve.  Nothing made him happier than hearing the call of a bobwhite as his efforts established coveys of wild birds on the property.

Billy faithfully loved his high school sweetheart, Ruth Dean Waites, his entire life.  He was predeceased by her and is survived by his children, Lynn Waites Williams and Brad Waites, as well as his grandson, Judson Rackley Williams.  He is also survived by his brothers, Sherrod Waites (Sandy) and Elwood Waites (Annette).

Billy was a forthright man of integrity, who valued honesty and hard work, and he will be remembered as such.

A private graveside service will be held for immediate family at Riverside Cemetery.

Hart’s at the Cupola, Hart's Mortuary and Cremation Center, 6324 Peake Rd, Macon, GA 31210 has charge of the arrangements.

Plant a tree in memory of Billy by clicking here.
To send flowers to Billy's family, please visit our floral store.

Plant a tree in memory of Billy
An environmentally-friendly option

Hart's at the Cupola

Plant a tree in memory of Billy

57 trees planted in memory of Billy

Photographs of flowers at the service

Brad, Lynn and Judson,
Please accept my heartfelt condolences in the loss of your daddy & granddaddy. Billy was always kind and helpful as a neighbor and I know he will be missed by many.
Love and continued prayers for you all,
Cheryl

I well remember going dancing at Pine Brook Inn & Lynn you babysat all the boys, great trips to the Lake skiing & just having fun!! Ruth & I were best friends & oh how dear she was even when her memory gave!! Your Dad was such a Devoted husband all thro Ruth’s illness & how dear Judson was to sit with her for Billy to get away for awhile to the Lake!! Lynn & Brad you are very dear to my heart, & I will always treasure your families friendship!! I am a better person for having known your Mom & Dad!! Love you both & praying for peace🙏

Billy was a fine man and an excellent insurance agent for many many years! He was a man of honesty and integrity. He was always another insurance agent that I considered good competition. We pray for God's Grace and Peace for his family.

Plant a tree in memory of Billy